View source
watch 01:40
The Sandman Will Keep You Awake - The Loop
Do you like this video?
Play Sound

The garage is the thief's starting hideout and where most of his business starts and ends. It is a walled-in building with a modest-sized lot for holding stolen vehicles. Inside, there are workstations for practicing his craft and prepping more expensive items for sale. A loft in the back of the garage is used as the thief's living quarters.

When leaving all other lots, the garage is referred to as "Home" in the transition menu. This can easily be confused with the hideout, which is a new location added in patch 1.080. The main difference is that the garage is given to the thief for free (possibly by Vinny) while the hideout has to be purchased.

All vehicles are parked outside in the lot surrounded by concrete walls. The thief's personal cars sit close to the opening, while the stolen cars will be tucked away under the nearby shelter. Next to the iron gate, there is a palette beneath a hole in the wall where Vinny will drop off some mission-related items during the story mode.

Much of the garage's interior is taken up by a hydraulic lift which the thief uses to take apart stolen vehicles. Beyond that are several tables and shelves for storing decorations, and a storage container that can hold up to 999 pounds. The jewelry station and lockpick practicing workbenches are along the back wall.

Thanks to a recent patch, the player is able to decorate the thief's home with many items that can be stolen from various locations. Decorative items in the thief's inventory will be marked with a house icon. Once selected, the item can then be "held" and placed on different surfaces, as well as rotated. Items that cannot held may also be used as decorations through careful placement, but cannot be rotated.

It's not the coziest place in the world, but the loft is where the thief calls home for the majority of the game. There's a couch that he can sleep on to pass the time, and several tables that can hold decorations and be moved. Across from the couch is the hacking station where the thief can unlock and wipe electronic devices.

Next to the couch is the thief's iMak computer, where he can access Tools4Thieves, BlackBay, StealYourForums, and the Rent-A-Thug websites. Note: The House Ripoff website is also visible, but players can only purchase items on this site while in the hideout.

It is safe to assume that Vinny lets the thief use the garage so he can keep a close eye on him, and after his debt is paid, the thief may want a place of his own. To that end, a new hideout can be purchased at level 23. The house costs $30,000 and can be customized in a variety of ways with furniture, decorations, and wallpaper. See the hideout page for more information.

As of patch 1.2, purchasing the hideout is required in order to progress the story beyond Vinny's final assignment. Once the thief has moved on to using the hideout in the story, he is no longer able to complete any of his usual activities in the garage (the interactive objects will disappear). The garage is still usable in NG+ Mode even when the hideout is purchased.

If a player uses Console Commands to skip through the story, the hideout will not show up on the location menu until level 23, even if it is purchased. It is a good idea for the player to complete the final step of the final deal manually before continuing to use the console. 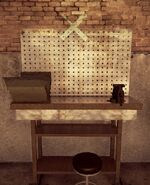 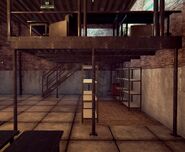 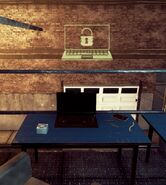